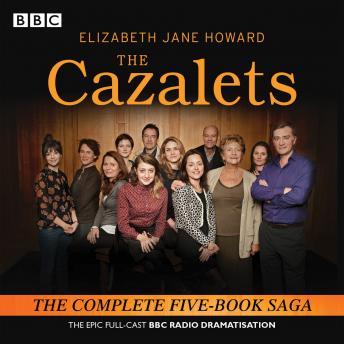 Elizabeth Jane Howard’s five book chronicle of the upper-middle class Cazalet family begins in 1938, as siblings Hugh, Edward, Rupert and Rachel join together for another family holiday at Home Place, their house in the Sussex countryside.

During the course of The Light Years, Marking Time, Confusion, Casting Off and All Change, the progress of their lives, and those of their children, will be charted. As their stories unfolds we gain a vivid insight into the lives, hopes and loves of three generations during the Second Word War and beyond.

Dramatised by Sarah Daniels and Lin Coghlan, and with a large cast of actors across all five books, this remarkable radio event adds a new dimension to Elizabeth Jane Howard’s extraordinary chronicles. The first four Cazalet novels sold over a million copies, with the fifth being published in 2013, shortly before the author’s death.