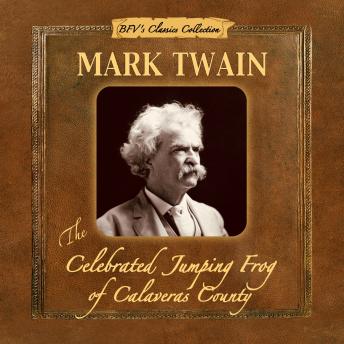 According to an LA Times, May 14, 2014 article, the following entry came from a notebook of a gold seeking prospector, Samuel Clemens, in 1864. "Coleman with his jumping frog

stranger had no frog & C got him one

the stranger's frog won." Little did Clemens know that this would be the source for his short story that would launch his career as one of America's greatest authors. The story was first published in the New York Weekly, The Saturday Press, which gained Twain national attention.