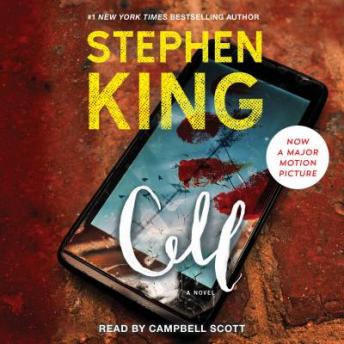 The next call you take could be your last in this terrifying #1 New York Times bestseller by master storyteller Stephen King!

On October 1, God is in His heaven, the stock market stands at 10,140, most of the planes are on time, and graphic artist Clayton Riddell is visiting Boston, having just landed a deal that might finally enable him to make art instead of teaching it. But all those good feelings about the future change in a moment thanks to a devastating phenomenon that will come to be known as The Pulse.

The delivery method is a cell phone—everyone’s cell phone. Now Clay and the few desperate survivors who join him suddenly find themselves in the pitch-black night of civilization’s darkest age, surrounded by chaos, carnage, and a relentless human horde that has been reduced to its basest nature...and then begins to evolve.

There’s really no escaping this nightmare. But for Clay, an arrow points the way home to his family in Maine, and as he and his fellow refugees make their harrowing journey north, they begin to see the crude signs confirming their direction. A promise of a safe haven, perhaps, or quite possibly the deadliest trap of all…