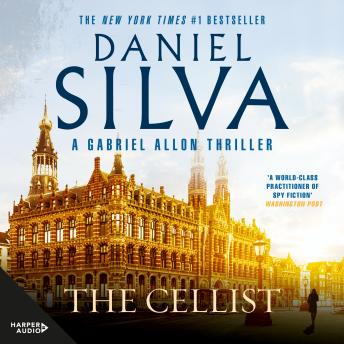 The most beautiful music hides the deadliest secrets ...

Viktor Orlov had a longstanding appointment with death. Once Russia's richest man, he now resides in exile in London, where he is waging a crusade against the kleptocrats who have seized control of the Kremlin. His mansion is protected by armed bodyguards. Yet somehow, on a rainy summer evening, in the midst of a global pandemic, Russia's vengeful president finally manages to cross Orlov's name off his kill list.

Before him was the receiver from his landline telephone, a half-drunk glass of red wine, and a stack of documents ...

The documents are contaminated with a deadly nerve agent. The Metropolitan Police determine that they were delivered by one of Orlov's employees, a prominent investigative reporter. And when the reporter vanishes hours after the killing, MI6 concludes she is a Moscow Center assassin who penetrated the billionaire's formidable defenses. But Gabriel Allon believes his friends in British intelligence are dangerously mistaken. His search for the truth will take him to Geneva, where a private intelligence service is plotting an act of violence that will plunge an already divided America into chaos. Only Allon, with the help of a brilliant young woman employed by the world's dirtiest bank, can stop it....

'Daniel Silva is that rarity of rarities, a writer whose stories just keep getting better' Huffington Post

'If you like Jason Bourne and Jack Reacher, get to know Gabriel Allon' Australian Women's Weekly

This title is due for release on July 28, 2021
We'll send you an email as soon as it is available!