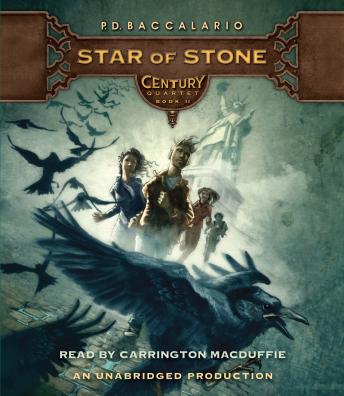 In the second installment of the Century Quartet, Italian author P. D. Baccalario continues the mystery that will take four cities and four extraordinary kids to solve.

New York City, March 15
Another mysterious artifact reunites Harvey from New York, Elettra from Rome, Mistral from Paris, and Sheng from Shanghai in their attempt to save the world. When they meet people who knew Alfred Van Der Berger, the murdered professor who sent them on their quest in Rome, they realize that the challenge is far from over. And when they discover a series of four postcards written in code years ago by the professor himself, their destiny becomes even clearer.

The cards send the kids all over New York City, through old libraries and abandoned tunnels, in search of the Star of Stone, an ancient object fundamentally connected to the earth. But a new set of villains, predators of Manhattan nightlife, will do anything to stop them....