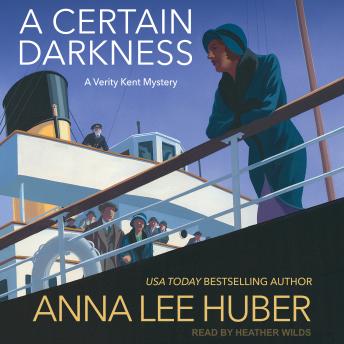 The 1920s are off to an intriguing start in USA Today bestselling author Anna Lee Huber's thrilling mystery series featuring former Secret Service agent Verity Kent. For even as a new decade dawns, the shadow of The Great War persists . . .

March 1920: Life has turned unsettlingly quiet for former British Intelligence agent Verity Kent and her husband, Sidney. But even that false calm is about to end. As threats remain, the French authorities soon request Sidney's help with a suspect who claims to have proof of treason-shortly before she is assassinated. And Verity, too, is called to investigate a mystery . . .

The murder of a Belgian lawyer aboard a train seems at first to be a simple case of revenge. But the victim was connected to British Intelligence, and possessed papers detailing the sinking of a gold-laden German ship during the war.

As Verity and Sidney dig deeper, they discover their cases are intertwined-and a lethal adversary persists. Officially, the Great War may be over, but this is a battle of nerves and wits they cannot afford to lose . . .