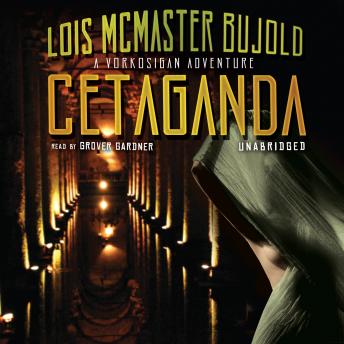 When the Cetagandan empress dies, Miles Vorkosigan and his cousin Ivan are sent to Cetaganda for her funeral as diplomatic representatives of Barrayar. Upon arriving, the two men are inexplicably attacked by a servant of the late empress. When the same servant turns up dead the next day, Miles and Ivan find themselves caught in the middle of a mystery.
Miles tries to play detective in a strange, complicated, and deceptively alien culture, while lascivious Ivan manages to get himself involved with several noble females at the same time, a diplomatic no-no of the first order. As the plot thickens, it becomes clear that it’s up to Miles to save the empire.
With her usual skill, Bujold addresses timeless issues of human identity through the personal dramas of her characters.