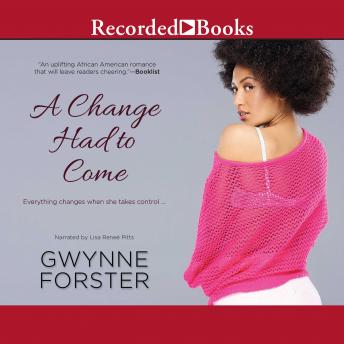 A Change Had to Come

Leticia Langley is used to fighting for what she wants. That's how she wound up being the first in her family to graduate from college. So what if she's never had a date? All that's about to change when she gets herself a job as a food columnist for The Journal--and treats herself to a makeover that will transform her life. With her hot weave and a dazzling new wardrobe that shows off her curves, the opposite sex suddenly takes a shine to Leticia. Except for Max Baldwin--a colleague who accuses her of trying to knock him down on her stampede up the corporate ladder. But Leticia is determined to stand her ground and get her due. And as she finds herself being offered more tantalizing prospects, including a trip to Africa, she also wins the respect--and admiration--of her handsome one-time nemesis, Max. Now she'll have to decide if she wants to let down her guard, and let in the one man she could get serious about.

Change Had to Come