Change in the Weather: Life After Stroke 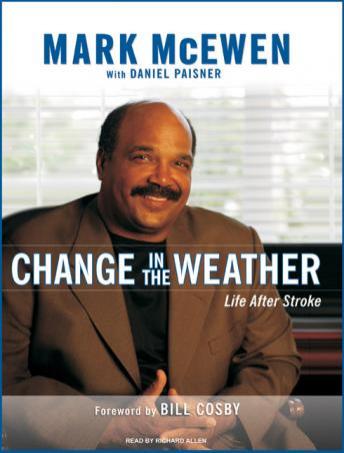 Mark McEwen's stroke was anything but sudden. His symptoms led him to a hospital, where he was misdiagnosed with the flu. Two days later, on an airplane flight just hours before he finally collapsed, flight attendants and airport staff discounted his slurred speech and heavy sweating, passing him off as intoxicated. Misinformation not only delayed his treatment but nearly cost him his life. A candid, moving memoir, Change in the Weather traces one man's recovery in the aftermath of temporarily losing some of his greatest gifts-his talent as a public speaker and his warm, witty exuberance. Telling an ultimately triumphant story, McEwen also offers insights into the warning signs of stroke as well as prevention and treatment options.

Change in the Weather signals a change in America's mind-set, led by one of our most dynamic new crusaders for stroke victims and their families.

Change in the Weather: Life After Stroke