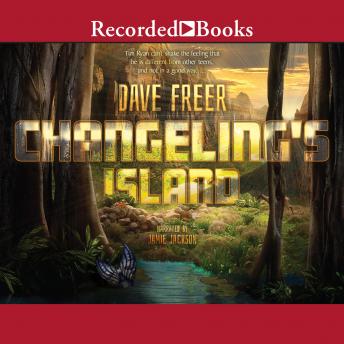 Teenager Tim Ryan comes into his own as he faces danger on a remote Australia island where magic lurks in land and sea. Dragon Award Nominee for Best Young Adult Novel and for Best Fantasy Novel! Tim Ryan can't shake the feeling that he is different from other teens, and not in a good way. For one thing, he seems to have his own personal poltergeist that causes fires and sets him up to be arrested for shoplifting. As a result Tim has been sent to live on a rundown farm on a remote island off the coast of Australia with his crazy grandmother, a woman who seems to talk to the local spirits, and who refuses to cushion Tim from facing his difficulties. To make matters worse, Tim is expected to milk cows, chase sheep, and hunt fish with a spear. But he's been exiled to an island alive with ancient magic-land magic that Tim can feel in his bones, and sea magic that runs in his blood. If Tim can face down the danger from drug-runners, sea storms, and the deadly threat of a seal woman who wishes to steal him away for a lingering death in the land of Faery, he may be able to claim the mysterious changeling heritage that is his birthright, and take hold of a legacy of power beyond any he has ever imagined.