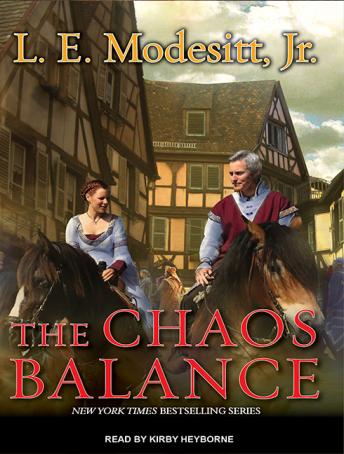 In Fall of Angels, the sixth installment of the Saga of Recluce series, L. E. Modesitt, Jr., introduced the engineer/smith Nylan, the only man among the leadership of the company of 'angels' marooned on a high plateau in the west of Candar, and perhaps the one person most responsible for their survival. But the angels are a matriarchal band, and so Nylan must leave his companions and seek a life elsewhere. He travels down from the plateau into the world of warring kingdoms and strange magics with his companion, Ayrlyn, the healer, and his infant son. They are in search of a place to lead a peaceful life, but they look different from the locals, and their talents are most valued in battle-and so the war between chaos and order begins again.