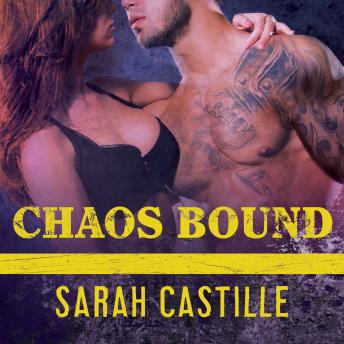 After enduring months of torture at the hands of the Black Jacks MC, and betrayed by his own club, Holt 'T-Rex' Savage, a junior member of the Sinner's Tribe Motorcycle Club, will stop at nothing to get revenge. But falling for a beautiful woman with dangerous ties to his sworn enemy was never part of the plan . . .

Raised by the Black Jacks, Naiya Kelly grew up fast, furiously, and with little to lose. But now that she's put her MC days behind her, she is free to do what she wants-until she meets a man who imprisons her, body and soul. She swore she'd never give her heart to a biker, but Holt is the most passionate, protective man she's ever known. But will Holt be forced to betray his one true love to exact his revenge?