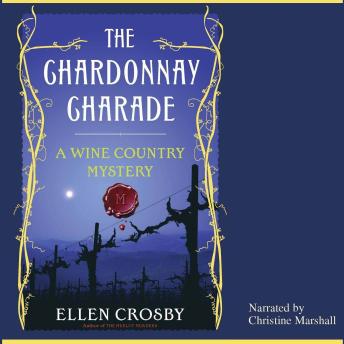 Facing a freakish May freeze that threatens her vineyard, Lucie Montgomery is forced to hire a helicopter to fly over the vines warming the arctic air next to the grapes. But her luck in salvaging the harvest runs out when she discovers the body of Georgia Greenwood, a controversial local political candidate, lying near the fields. Georgia's husband Ross-Lucie's friend and doctor-immediately comes under suspicion. As the search for Georgia's killer escalates and grows more puzzling, Lucie crosses swords with her attractive but bull-headed winemaker Quinn Santori and confronts her own unwelcome feelings of jealousy over his new romance and job prospects. Then the suicide of a young vineyard worker appears to wrap up the murder investigation-or does it?