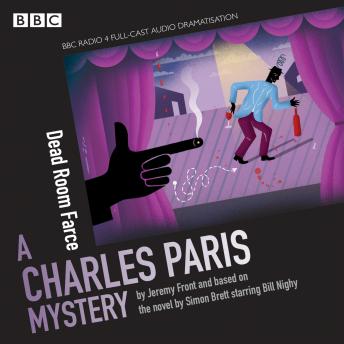 Charles’ career is on the up. He’s starring in a revival of a popular (though hackneyed) 70's farce – and while his fellow actors aren’t exactly who you’d want to find yourself in bed with, he’s happy to be in work.

But while there may be comedy on stage, offstage it’s rapidly turning into a whodunnit. First the director drops dead, then another premature death follows soon after when an audio producer doing a promo for the show dies in suspicious circumstances.

The cast are hiding some shady secrets, and have plenty of skeletons in their cupboards which they don’t want rattled, but would anyone go as far as murder to protect themselves? Charles is determined to find out, and turns detective in an attempt to find out if foul play is afoot...