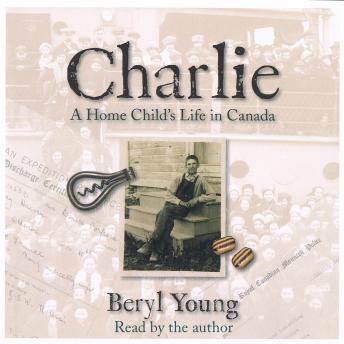 The story of the 100,000 British children who came to Canada as child immigrants between 1870 and 1938 is not well known. Yet the descendants of these “Home Children” number over four million people in Canada today. The author is one of them. Charlie was her father.

Charlie is a compelling account of an English boy who is sent to an orphanage following the death of his father because his heartbroken mother is too poor to feed her children. Separated from his family, Charlie works his way out of poverty to eventually become a high-ranking member of the RCMP. Charlie’s story, like many others, is an inspiring part of our Canadian heritage, and will fascinate adults as well as children. Along with the audio, there is a downloadable PDF booklet: listeners, especially the young, will appreciate the many period photographs that accompany Charlie’s story to give them a feel for the time.