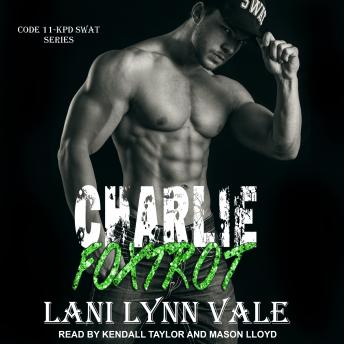 Foster made a promise in his hospital bed when his leg was taken from him that he'd get back to one hundred percent. Leg or no leg, he'd get back on the SWAT team if it killed him.

And he does get back. But he has a problem: he can't let go of the past. The anger burns deep, making his emotions volatile at the best of times.

Then he meets Blake with her haughty attitude and inability to distinguish the difference between a pocket knife and a sword. Little by little, she makes him whole again, one bad joke at a time.

She doesn't see the revenge in his eyes, though. Doesn't see the rage burning deep. Rage so pure and all encompassing, that he knows it'll explode. It's just a matter of time.

What Foster doesn't realize, though, is that the love that Blake has for him is enough to fight his demons, one kiss at a time.