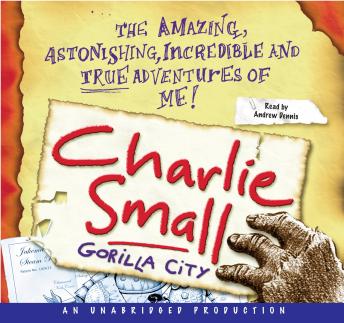 No one knows the full story of Charlie Small. At least, not yet. His battered journal was found washed up on a remote, windswept shore. And at first we thought it an elaborate hoax. Surely no 8-year-old could have had so many wild adventures, witnessed so many extraordinary things, lived such an incredible life–and still only be eight. And yet . . . there was something so vivid in the telling that we were persuaded to send the journal and some of its boggling content for analysis. And only one conclusion could be drawn. Everything in the journal of Charlie Small is true! In his first adventure, Gorilla City, Charlie wrestles a deadly river croc, rides a steam-powered rhino, and becomes tribal chief in a city of gorillas.