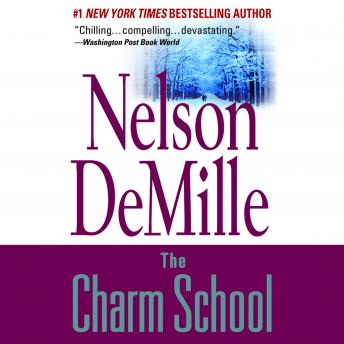 'True master' and #1 New York Times bestselling author Nelson DeMille presents a chilling, relentlessly suspenseful story of Cold War espionage perfect for fans of the hit FX show The Americans (Dan Brown).
Something very strange -- and sinister -- is going on in the Russian woods at Borodino. In a place called Mrs. Ivanova's Charm School, young KGB agents are being taught by American POW's how to be model citizens of the USA. The Soviet goal -- to infiltrate the United States undetected. When an unsuspecting American tourist stumbles upon this secret, he sets in motion a CIA investigation that will reveal horrifying police state savagery and superpower treachery.