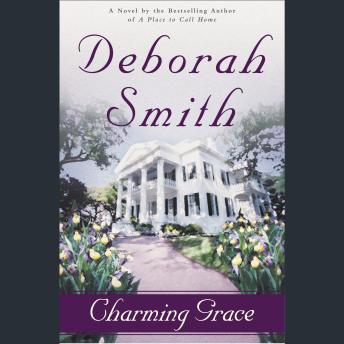 A slumbering Georgia community almost chokes on its mint juleps when Hollywood calls to film the true-life (and death) story of a heroic local lawman. Aside from the chaos that trails in the moviemakers’ wakes, one person has a very private reason for not wanting the intimate details of the gentleman’s life story revealed—his widow, Grace. So begins her inventive, comic crusade to obstruct proceedings, aided and abetted by a cast of quirky eccentrics, including the movie star’s personal bodyguard, and a good-hearted ex-con with a private tragedy of his own. But, amidst the high jinks, nobody is prepared for the heartbreaking secrets that are finally revealed; secrets that will change all of them—hero, heroine, and movie star—forever.

“Smith blends Southern charm and Hollywood brass, kicking up the satire with Stone’s script notes, full of cliches, paranoia and celluloid-deep emotion. Her unflagging energy, forgiving spirit and mischievous imagination compel the reader to delight with her in the frailty of heroes on-screen and off, proving that Smith is one romance novelist who just keeps getting better.” --Publishers Weekly