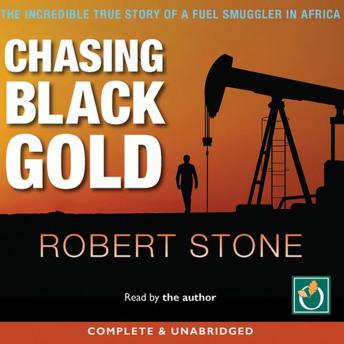 Chasing Black Gold: The Incredible True Story of a Fuel Smuggler in Africa

For two decades, Robert Stone made his living on the high seas, as a diver, fisherman, treasure-hunter - and smuggler. He spent the last ten of his smuggling years operating in the Niger delta under the most corrupt regime in the world, buying diesel directly from refineries and selling his illicit black cargo to legitimate and illegitimate businesses worldwide. Protected by the military, his smuggling empire made him millions of dollars - until a friend's betrayal and US law enforcement brought it all crashing down. Chasing Black Gold is an incredible true story of cash and corruption that puts Hollywood to shame.