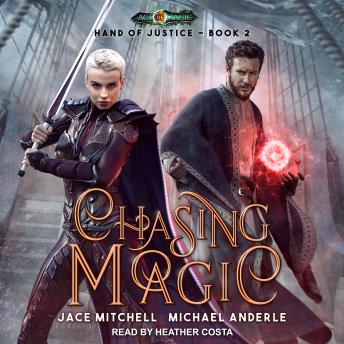 The Dark Mage has every advantage . . . except her.

Riley Trident narrowly escaped New Perth after a vicious battle with Rendal, but now she has an even bigger problem.

Rendal holds Mason captive on a ship headed for the kingdom of Sidnie. To force her allegiance, there's nothing he won't do to the most important person in her life.

If he can't have her allegiance? Then he'll punish her.

Everyone around Riley implores her to refine her magical powers. Without them, she's no match for Rendal. Yet without her, Mason's days are numbered and Sidnie falls.

Will Riley harness her powers in time to save them, or will her next battle with Rendal be their last?