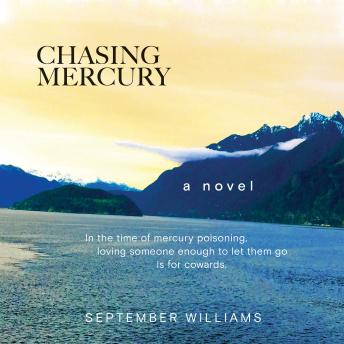 Chasing Mercury is a lyrical, erotic, embodied prose of resistance and resilience. An epileptic Black ballerina and a whistleblower Powwow dancer meet in the Montreal Airport. They are both scheduled to perform in Berlin, 1973 Cold War Berlin. During the transatlantic crossing their love evolves. On a long lay over in Zurich, he stuns her by depositing many hundreds of thousands of dollars into his Swiss bank account, to which he adds her name with no true explanation. Ripped apart by the war against industrial pollution, and the mangling of human life by mercury poisoning, their duty is their downfall...until they rise again-- living proof that in the time of mercury poisoning, loving someone enough to let them go is only for cowards.
Chasing Mercury is a soaring cross cultural, romantic suspense saga, with strong memoir elements of families devoted to human and environmental rights. The novel honors the 2017 ratification of the United Nations Minamata Convention on Mercury, and its going into force as international law. Chasing Mercury is the first of a series of three books.