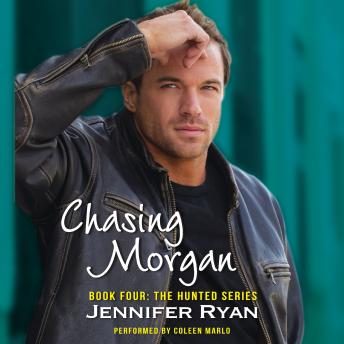 Book Four in The Hunted Series …

FBI agent Tyler Reed trusts only facts and evidence, until the day a beautiful blonde delivers a life-saving warning ... based on nothing more than a vision.

Five years later, the mysterious Morgan Standish has used her talents to help Tyler and the FBI bring down countless criminals. Still, Tyler knows next to nothing about her. She contacts him by phone—and by some sort of psychic connection he's not prepared to admit exists—but has not shown herself once. Until now.

Morgan's gift may let her see things others can't, but it comes at a price. Getting too close to anyone is dangerous, especially the gorgeous, moody Special Agent Reed. For she's seen the future: if they meet again too soon, an innocent could be lost.

But when Tyler's latest case forces Morgan out of hiding, she is the one thrust into the path of a serial killer, the Psychic Slayer, who will stop at nothing to protect the secrets only Morgan can see.