Chasing Venus: The Race to Measure the Heavens 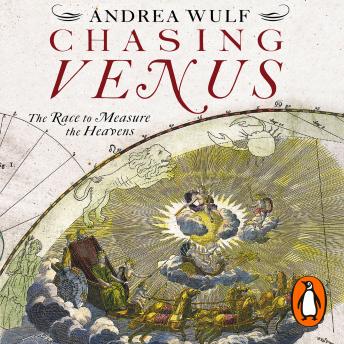 On a summer's day in June 1761, astronomers all over the world cast their eyes to the sky to witness a rare astronomical event: the transit of Venus across the face of the sun. It was one of the most important collaborations of scientific history, as by racing to different points around the world and comparing results, these men hoped to unlock the key to one of the most pressing questions of the Enlightenment: the distance between the earth and the sun, which would allow them to calculate the dimensions of our solar system. For the first time, scientists from across the globe came together - despite politics, wars, trade disputes, terrible weather and bitter rivalry - to measure the universe.

Transits of Venus come in pairs, eight years apart - the next one will be June 2012, and won't occur again until December 2117. We will therefore be the last people for more than a century to see a phenomenon that inspired scientists from all over the world to work together for the first time in the history of mankind.

A thrilling adventure story, an inspiring tale of Enlightenment science, and a hugely informative slice of intellectual history with Britain at its centre, Chasing Venus is this decade's Longitude.

Chasing Venus: The Race to Measure the Heavens