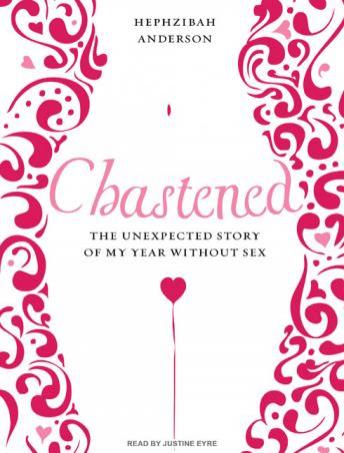 Chastened: The Unexpected Story of My Year Without Sex

On the eve of her thirtieth birthday, Hephzibah Anderson glimpsed her college boyfriend going into a jewelry store with a smiling blonde-and in that moment realized it had been years since a man told her he loved her. This discovery led her to question a decade of emotionally frustrating relationships with commitment-phobes. As she examined her past, she recognized that most of these relationships went off course at the precise moment sex was involved. Anderson decided it was time to spend a full year without sex to rediscover its meaning and purpose in her life. In this confessional account, Anderson shares the results of that year, narrating each month as she flirts, dates, and swoons but doesn't have sex. The results-her feelings about femininity, her body, and romance-are illuminating.

Told with Elizabeth Gilbertesque candor, Chastened reveals much about our contradictory cultural attitudes toward sex and the ways intercourse has been used as a shortcut to deeper intimacies. An antidote to the growing genre of another-notch-in-the-bedpost memoirs, Chastened is a refreshing look at what's to be gained by going without.

Chastened: The Unexpected Story of My Year Without Sex