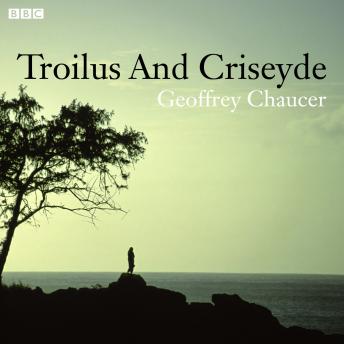 A BBC Radio 4 full-cast dramatisation of Chaucer's 'Troilus and Criseyde' by poet and writer Lavinia Greenlaw. One of the great works of English literature, this powerful, compelling story explores love from its first tentative beginnings through to passionate sensuality and eventual tragic disillusionment. Lavinia Greenlaw's new version for radio brings Chaucer's language up-to-date for a modern audience while remaining true to his original poetic intention. After seeing the beautiful widow Criseyde at the temple in Troy, Troilus falls instantly in love with her. Inexperienced in love, he is unable to act on his feelings and locks himself in his room to compose love songs. Criseyde's Uncle Pandarus becomes the matchmaker for the couple, but what will happen when Criseyde is handed over to the Greeks at the gates of Troy to join her 'traitor' father? The cast includes Tom Ferguson as Troilus, Maxine Peake as Criseyde and Malcolm Raeburn as Pandarus. Also starring Kathryn Hunt, Kevin Doyle, Terence Mann and Declan Wilson. Directed by Susan Roberts.