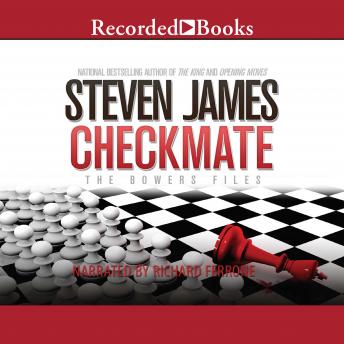 In Checkmate, critically acclaimed novelist Steven James offers the final, chilling chapter in his bestselling series, The Bowers Files. When a clandestine FBI facility is attacked, Special Agent Patrick Bowers is drawn into the vicious, ruthless story that a killer from his past is bent on telling the world. Clues lead to long forgotten secrets buried deep beneath uptown Charlotte, North Carolina. Now, Bowers is caught up in trying to stop one of the most deadly attacks ever planned on American soil. Smart, tense and full of mind-bending twists and turns, Checkmate explodes onto the scene, bringing The Bowers Files to a climactic and unforgettable conclusion.