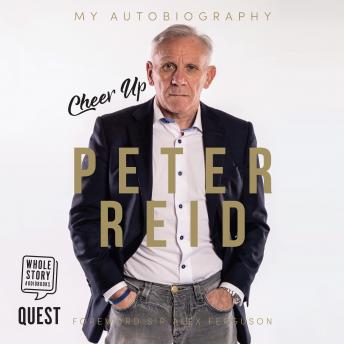 Peter Reid is one of the most colourful characters to emerge from England over the last 50 years. As a player, he established himself as one of the leading midfielders of his era, being named PFA Player of the Year in 1985 and credited as the fourth best footballer in the world. He won numerous honours with Everton, including two league titles, one FA Cup and one European Cup Winners' Cup. He also won 13 England caps, playing at the 1986 World Cup - where a date with destiny at the 'hand' of Diego Maradona would provide a lasting, painful memory. This is the unique story of a footballer who got to the top and never forgot his roots. Told with typical forthrightness, Peter's audiobook will capture the imagination of football fans far and wide.