The Cheese Monkeys: A Novel in Two Semesters 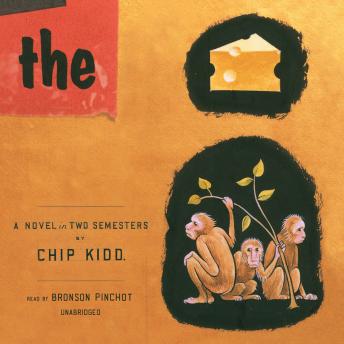 Chip Kidd’s witty and effervescent coming-of-age novel can only be described as a portrait of the designer as a young man. It's 1957, long before computers have replaced the skillful eye and hand, and our narrator at State U is determined to major in Art. After several risible false starts, he ends up by accident in a new class called "Introduction to Graphic Design," taught by the enigmatic professor/guru Winter Sorbeck—equal parts genius, seducer, and sadist. Sorbeck is a bitter yet fascinating man whose assignments hurl his charges through a gauntlet of humiliation and heartache, shame and triumph, ego-bashing and enlightenment. By the end of The Cheese Monkeys, the members of Art 127 will never see the world the same way again. And, thanks to Chip Kidd's insights into the secrets of graphic design, neither will you.

“This story about growing up and finding your calling is funny and, almost despite itself, moving.”—New York Times Book Review