The Chestnut King: Book 3 of the 100 Cupboards 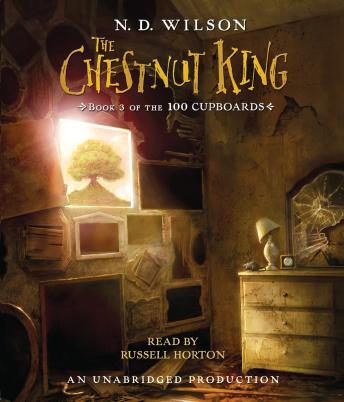 Henry’s final battle has arrived in the third book of the bestselling 100 Cupboard series, about 100 cupboard doors leading to 100 worlds of adventure!

Hidden cupboards behind Henry’s bedroom wall unlocked portals to other worlds that Henry and his cousin Henrietta couldn’t resist exploring. But they made one terrible mistake— they released the undying witch Nimiane. Her goal? To drain all life from every world connected to the cupboards. Henry must seek out the Chestnut King to defeat her, but doing so comes at a price—one that will force Henry to make a terrible, irreversible choice. With the fate of the worlds and everyone Henry loves hanging in the balance, will he have the courage to do what is needed to destroy the witch once and for all?

Want to know where the cupboards came from? Don’t miss the latest book in the series, The Door Before!

Praise for the 100 Cupboards series:
“A must-read series!” —The Washington Post

Chestnut King: Book 3 of the 100 Cupboards