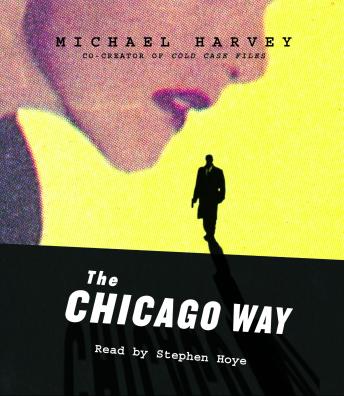 From the co-creator and executive producer of the television show Cold Case Files, a fast-paced, stylish murder mystery featuring a tough-talking Irish cop turned private investigator who does for the city of Chicago what Elmore Leonard did for Detroit and Raymond Chandler did for Los Angeles.Chicago private investigator Michael Kelly is hired by his former partner, John Gibbons, to help solve an eight-year-old rape and battery case, a case it turns out his old friend was once ordered to forget. When Gibbons turns up dead on Navy Pier, Kelly enlists a team of his savviest colleagues to connect the dots between the recent murder and the cold case it revived: Diane Lindsay, a television reporter whose relationship with Kelly is not strictly professional; his best friend from childhood, Nicole Andrews, a forensic DNA expert; Nicole’s boyfriend, Vince Rodriguez, a detective with a special interest in rape cases; and Bennett Davis from the DA’s office, a friend since Kelly’s days on the force. To close the case, Kelly will have to face the mob, a serial killer, his own double-crossing friends, and the mean streets of the city he loves.Ferociously plotted and crackling with wit, The Chicago Way is first-rate suspense steeped in the glorious, gritty atmosphere of a great city: a marvelous debut.