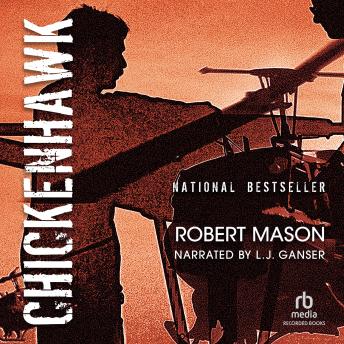 With more than half a million copies sold, Robert Mason's Chickenhawk is one of the best-selling books ever written about the Vietnam War. Critically acclaimed for its unflinching detail, the book is hailed by The New York Times as 'a hypnotic narrative' and by the St. Louis Post-Dispatch as 'very simply the best book so far out of Vietnam.' Fascinated with flying from a young age, Mason earned his private pilot's license even before graduating high school. He enlisted in the Army in 1964 and endured an extremely challenging 'weeding out' process in an effort to fly helicopters. Sent to Vietnam, he survived more than 1,000 air combat missions despite the violence and brutality exploding all around him. This completely honest account of one soldier's traumatic experiences provides a perspective often neglected in print and film--that of the helicopter pilot. Through L.J. Ganser's powerful narration, the shattering story of men who lived and flew in constant peril is vividly re-told.