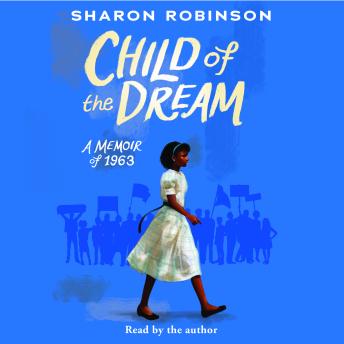 An incredible memoir from Sharon Robinson that follows her turning 13 years old in 1963--one of the most important years in
American history for the civil rights movement!
In January of 1963, Sharon Robinson turned thirteen the night before George Wallace declared on national television "segregation now, segregation tomorrow, segregation forever" in his inauguration for governor of Alabama. That was the start of a year that
would become one of the most pivotal years in the history of America.
As the daughter of Jackie Robinson, Sharon had incredible access to some of the most important events of the era, including
her family hosting several fundraisers for Martin Luther King Jr. at their home in Connecticut, other Civil Rights heroes of the day
calling Jackie Robinson for advice and support, and even attending the March on Washington for Freedom and Jobs.
But Sharon was also dealing with her own personal problems like going through puberty, being one of the only black children in
her wealthy Connecticut neighborhood, and figuring out her own role in the fight for equality.
This memoir follows Sharon as she goes through that incredible year of her life.