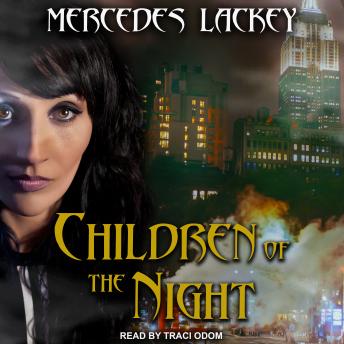 Rock band Wanderlust is about to hit it big, guitarist Dave Kendall is sure of that. They're playing better venues, in front of bigger crowds-and the people showing up at the after parties are increasingly good-looking and cool. Some even radiate power, like 'Master' Jeffries, the tall, saturnine man who seems to have some sort of weird control over Dave's fellow bandmates.

But Dave's too tired to pay much attention to Jeffries. He's tired a lot, lately, and making music isn't as much fun as it used to be. Probably he's just working-and partying-too hard.

Luckily, Dave has a friend who takes what's happening to him very seriously. Diana Tregarde is a practicing witch and a Guardian of the Earth. It's her job to keep an eye on innocents like Dave and make sure they stay out of trouble and don't become someone's lunch.

Jeffries has been on Diana's hit list since she first spotted him pursuing a young Romany. Di wasn't fast enough to stop him, but the Rom have their own protector-a dashing, charming, very attractive vampire named Andre Le Brel.

Together, the witch and the vampire face Jeffries and his evil minions in a battle for the soul of rock 'n' roll.