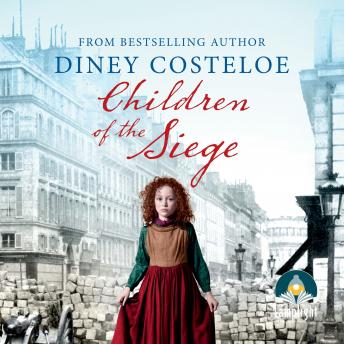 Children of the Siege

A lost child, a family divided, the bitter backdrop of war.

After the Franco-Prussian War and the siege of 1870-71, the St Clair family return to Paris, seeking refuge and security, only to be swept up into the terrible cruelties and violence of the Commune. Here their young daughter, Hélène, falls ill and in an unlucky twist of fate, becomes separated from her family. Alone and frightened, she has to fend for herself on the war-torn streets. Meanwhile, her two brothers face each other as mortal enemies across the barricades. Heart-stopping and gripping, this classic Diney Costeloe story shows the courage of one family in the face of ugly violence and great danger.

Children of the Siege