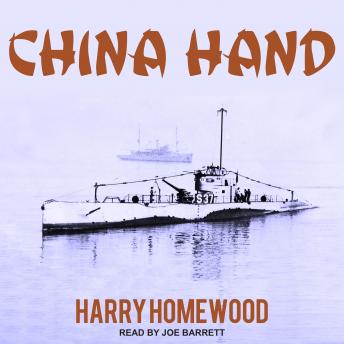 In 1937, the United States still suffered in the Great Depression, as did most of the world. For the U. S. Navy, that meant restricted budgets-and the Asiatic Fleet, on the far side of the world out of sight of the Navy's commanders and the American public, was at the bottom of the list for the Navy's limited resources.

Bobby MacPherson, Seaman 2nd Class, only seventeen years old and freshly graduated from radio operator school, was naively excited by his assignment to the submarine S-37 stationed with the Asiatic Fleet. The exotic places providing bases for the American Navy-Manila, Shanghai, Tsingtao-and their strange cultures, histories, and people engaged his driving curiosity and sharp mind. His outstanding athletic ability and his earnest integrity made him popular with his crewmates and officers. All of those qualities drew Bobby into a dangerous and malicious plot against the American forces in Asia; a plot involving nearly all of the competing powers in China-General Chiang Kai-shek's Nationalists, Mao Tse-tung's Communists, the Imperial Japanese military occupiers of China, warlords, and ancient, powerful families who considered themselves the true rulers of China.