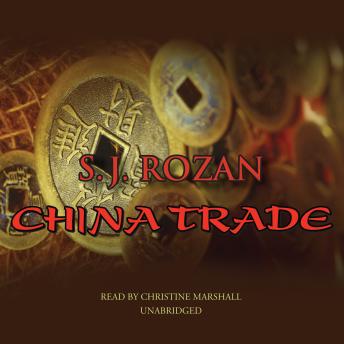 Asian-American private investigator Lydia Chin knows New York City’s Chinatown, its people, and its ways as no outsider ever could. It’s a city within a city, a rich melange of smells, sounds, dark shops, and close-knit families—a world all its own. And in all of Chinatown, there is no one like Lydia, who has a nose for trouble, a disapproving Chinese mother, and a partner named Bill Smith who’s been living above a bar for sixteen years. Hired to find some precious stolen porcelain, Lydia follows a trail of clues from highbrow art dealers into a world of Chinese gangs. Suddenly, this case has become as complex as her community itself—and as deadly as a killer on the loose.

“Rozan shows a knack for characterizing Chinatown’s denizens, apothecaries, shops and food, but her story has more flavor than substance.” --Publishers Weekly