A Chorus of Innocents: A Sir Robert Carey Mystery 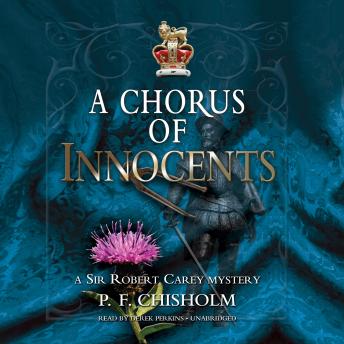 Thursday, 12th October, 1592. Eighteen days after the action closes in An Air of Treason, courtier Sir Robert Carey and Carey's surly, larcenous, and loyal henchman Henry Dodd, land sergeant of Gilsland, are back in Carlisle and the Debateable Lands-the Border country, the wild North, the land of the hot trod where the thieving, feuding reiver clans are "English when it suited, and Scots at their pleasure."

A Chorus of Innocents ushers forward Lady Elizabeth Widdrington, a married woman whom Carey adores but respects. It opens when a very pregnant young woman rides to Lady Widdrington's tower crying that her minister husband has been murdered and she herself has been raped.