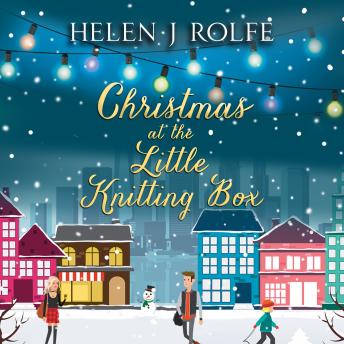 Christmas at The Little Knitting Box

#1 of New York Ever After

The Little Knitting Box has been in Cleo’s family for nearly four decades, and since she arrived fresh off the plane from the Cotswolds four years ago, Cleo has been doing a stellar job of running the store. But instead of an early Christmas card in the mail this year, she gets a letter that tips her world on its axis. Dylan has had a tumultuous few years. His marriage broke down, his mother passed away, and he’s been trying to pick up the pieces as a stay-at-home dad. All he wants this Christmas is to give his kids the home and stability they need. But when he meets Cleo at a party one night, he begins to see it’s not always so easy to move on and pick up the pieces, especially when his ex seems determined to win him back. When the snow starts to fall in New York City, both Cleo and Dylan realize life is rarely so black and white and both of them have choices to make. Will Dylan follow his heart or his head? And will Cleo ever allow herself to be a part of another family when her own fell apart at the seams?