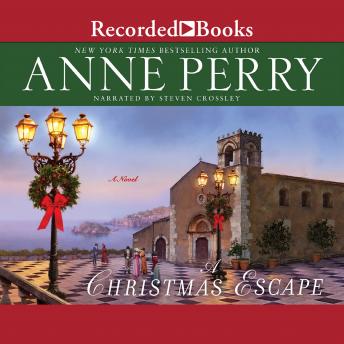 For countless readers, Christmastime means a delicious new holiday mystery from New York Times bestselling author Anne Perry. A Christmas Escape, her twelfth noel to the season, transports us to a Mediterranean island for an unconventional Yuletide adventure-and an unforgettable volcanic encounter. Lonely Charles Latterly arrives at his small hotel hoping that the island's blue skies and gentle breezes will brighten his spirits. Unfortunately, there's no holiday cheer to be found among his fellow guests, who include a pompous novelist, a stuffy colonel, a dangerously ill-matched married couple, and an ailing old man. The one charming exception is orphaned teenager Candace Finbar, who takes Charles under her wing and introduces him to the island's beauty. But the tranquility of the holiday is swiftly disrupted by a violent quarrel, an unpleasant gentleman's shocking claims of being stalked, and the ominous stirrings of the local volcano. Then events take an even darker turn: A body is found, and Charles quickly realizes that the killer must be among the group of guests. Captivating in its depiction of untamed nature in all its awesome power, and of the human heart in the throes of transformation, A Christmas Escape gifts readers with Anne Perry's talent for making the season brighter-and more thrilling.