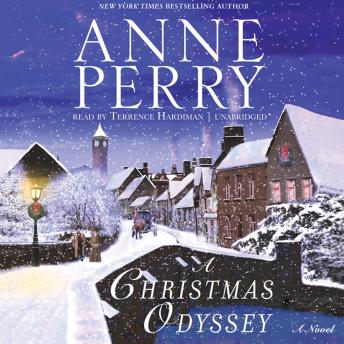 Henry Rathbone is called by an old friend whose son has gone missing just before the Christmas holiday. Now in his early twenties, Lucien has known trouble for some time and has often fallen victim to the vices of drugs, alcohol, and women. His father now fears the worst. Their old friend, Squeaky Robinson, volunteers to help as well. Henry agrees and, joined by Crow, a young doctor at the clinic, the pair trawls the pubs, brothels, and opium dens of the West End in search of clues.

“Anne Perry is definitely visiting Dickensian territory here, as there was no other writer better at depicting the dark side of London life coupled with the plight of human redemption than Charles Dickens. A Christmas Odyssey is a dark tale that will guide readers to the light via the strength of human spirit that each of Perry’s characters possesses.”--BookReporter.com