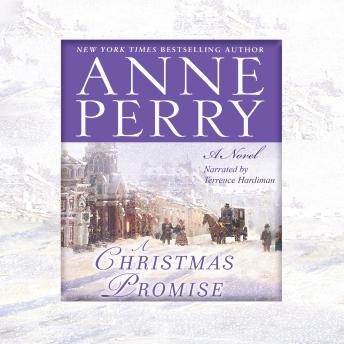 #7 of The Christmas Novellas

It's a freezing winter day in London, 1895, when two young girls have a chance meeting. The pair turn out to have much in common: both are poor, both are parentless. But Minnie Maude, only eight, has even worse problems: the uncle with whom she lived has just been murdered, and if that's not enough, the family's donkey has run away. Her new friend Gracie, all of thirteen, feels obliged to help her, and so the girls team up to solve the mystery—and find Charlie the donkey. Anne Perry fans will recognize young Gracie as Charlotte Pitt's maid, a continuing character in the author's bestselling Charlotte and Thomas Pitt Victorian mystery series.