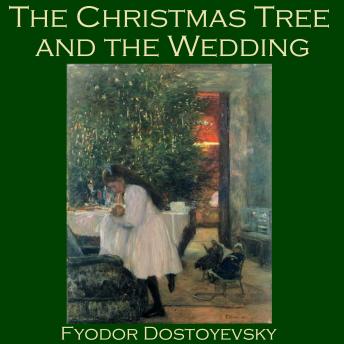 The Christmas Tree and the Wedding

Fyodor Dostoyevsky (1821-1881) is recognised as one of the greats of Russian literature. Soon after his 1843 graduation from the School of Engineering in St. Petersburg, the young Dostoyevsky abandoned his career to devote himself to literature. He quickly became a popular, recognised author, but in the unstable political environment of the time, he was accused of conspiracy, and in 1849 he was sentenced to ten years' hard labour in Siberia. On his return from prison, he recommenced writing, this time with a new poignancy, depth of psychological insight, and vibrant character study, all drawn from his Siberian experience.

"The Christmas Tree and the Wedding" is an excellent example of Dostoyevsky's masterful storytelling and character portrayal and is widely recognised as one of the true great classic short stories.

Christmas Tree and the Wedding