The Chronicles Of Narnia: Prince Caspian 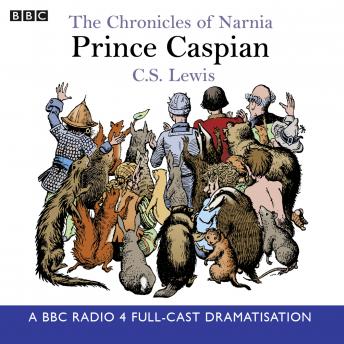 Narnia has been at peace since Peter, Susan, Lucy and Edmund helped rid the kingdom of the evil White Witch. But now the children have returned to their own world, and in their absence a dark presence rules the once harmonious land. Wicked King Miraz has imposed a destructive new order of persecution and imprisonment, but the King's nephew and rightful heir Prince Caspian, realising the evil of his uncle's régime, vows to revive Narnia's glorious past. Fearing for his life, he is forced to flee and calls on the four children, the magic of the mighty lion Aslan and an army of fauns, dwarfs and woodland spirits to help him in his seemingly impossible task. Follow Aslan and his human friends on yet another escapade, as they take up the challenge to win back freedom and happiness for the fabulous land of Narnia.