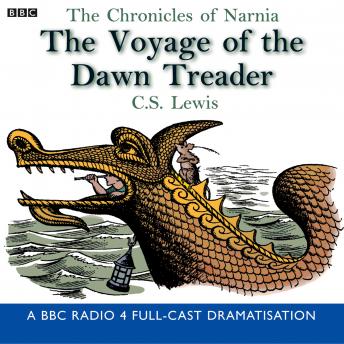 The Chronicles Of Narnia: The Voyage Of The Dawn Treader

In the enchanted land of Narnia, Edmund, Lucy and their cousin Eustace join King Caspian on a sworn mission to find his friends, the seven lost Lords of Narnia. So begins a perilous new quest that takes them to the farthest edge of the Eastern world on board the mighty Dawn Treader. Sailing uncharted seas, the old friends see extraordinary things on their voyage of discovery. They must survive a terrible storm as well as encounters with sea serpents, dragons and a band of invisible enemies. In the most thrilling encounter of all, they meet the great Aslan himself with whose help they will make their way through lands where magicians weave mysterious spells and nightmares come true. Courage, danger and magic combine in the incredible fifth tale from the amazing land of Narnia.

Chronicles Of Narnia: The Voyage Of The Dawn Treader