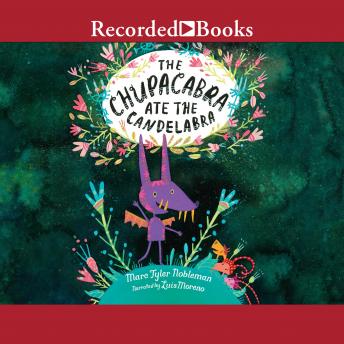 The Chupacabra Ate the Candelabra

This truly original tale based on a legendary monster is sure to crack up kids and grown-ups alike, setting the standard for chupacabra picture books! Jayna, Bumsie, and Pep are goats. And, like most goats, their greatest fear is being eaten for dinner by the legendary Chupacabra, as it is common knowledge that goats are a chupacabra's favorite food! One night, tired of living in fear, the impetuous goats whip out their trusty candelabra and head off to find the beast and scare it away before it can find them. Little do they know that candelabras are the chupacabra's third-favorite food-a fact he reports after he's gobbled up theirs. Unfortunately, he's still hungry-for his second-favorite food. Fortunately, that's not goats, either-it's cucarachas! When those are gone, too, he announces that he's now hungry for his favorite food-and the goats are in for their biggest surprise.