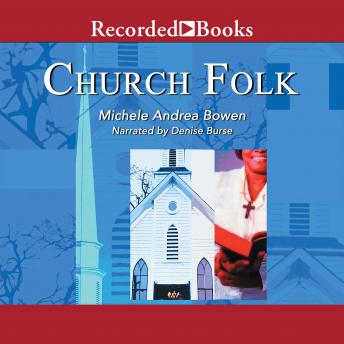 Raised in the South with strong religious influences, Michele Andrea Bowen makes her literary debut with Church Folk. Weaving together the turbulent 1960s Civil Rights movement with the chaos within the Greater Hope Gospel United Church, Bowen carries a message of hope that transcends human failings. Young, handsome Rev. Theophilus Simmons and his new bride Essie settle into pastoral life as the 'first couple' of the congregation. Although Theophilus makes references to the civil rights struggles in his sermons, most of his energy is directed toward fighting enemies within his flock. Uncovering a brothel set up in a parishioner's funeral home by a band of sleazy ministers and bishops, Theophilus realizes that he must do the next right thing--no matter how much backlash could come of it.