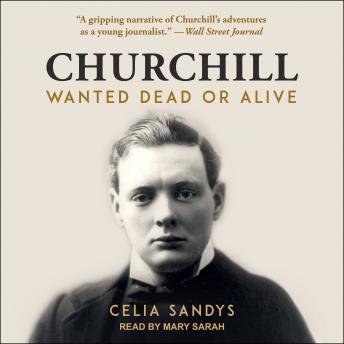 The Extraordinary Story of a Young Winston Churchill in the Boer War, as Told by His Granddaughter

In this lively biography of a dashing, brash twenty-five-year-old Churchill, Celia Sandys chronicles her celebrated grandfather's adventures as a correspondent and combatant during nine months of the Anglo-Boer War-events that took him from the bivouacs and battle sites of Transvaal to his incarceration as a prisoner of war in Pretoria and ultimately to a bold escape across the border into Mozambique.

Using both British and South African sources of testimony, which reveal the dauntless Winston alternately as a courageous ally or foolhardy foe, Sandys recounts the exploits of a Churchill that history has largely forgotten. With historical authority, narrative vigor, and singular charm, she offers both a fully drawn portrait of the ready adventurer who would become England's legendary prime minister and an illuminating account of the turbulent events that defined South Africa for modern times.