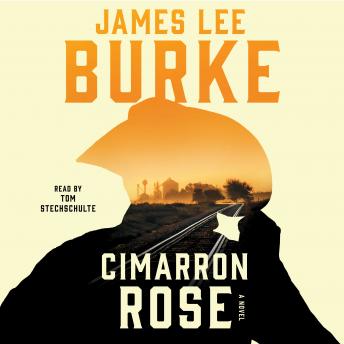 Texas attorney Billy Bob Holland must confront the past in order to save his illegitimate son from a murder conviction in this brilliant, fast-paced thriller from beloved New York Times bestselling author James Lee Burke.

Lucas Smothers, nineteen and from the wrong end of town, has been arrested for the rape and murder of a local girl. His lawyer, former Texas Ranger Billy Bob Holland, is convinced of Lucas’s innocence—but proving it means unearthing the truth from the seething mass of deceit and corruption that spreads like wildfire in a gossipy small town where everybody knows everybody else’s business.

Billy Bob’s relationship with Lucas’s family is not an easy one. Years back he was a close friend of Mrs. Smothers—too close, according to her husband. But when Lucas overhears gruesome tales of serial murder from a neighboring cell in the local lock-up, he himself looks like a candidate for an untimely death, and Billy Bob incurs enemies far more dangerous than any he faced as a Ranger.

If you've read Jolie Blon's Bounce, you can skip this one, since it's basically the same plot with different geography.

Very enjoyable book, James Lee Burke writes a good story. The story builds and keeps your interest, however, the ending is a little weak.

James Lee Burke is my favorite author. I have read all of his Robicheaux books and this was my first Billy Bob. It was wonderful just as I expected.

Although it's annoying when the hero keeps seeing and conversing with his long-dead partner and reading about his great-grandfather's exploits in pre-statehood Texas, the main tale is compelling with believeable characters and menacing bad guys. I had some trouble during my commute keeping all the many characters straight at first, but eventually got the hang of who was who. I didn't figure this one out which says a lot. Give it a shot!

Burke's book are usually great, but the reader made me nuts. Fake southern accent, I just couldn't stand it.