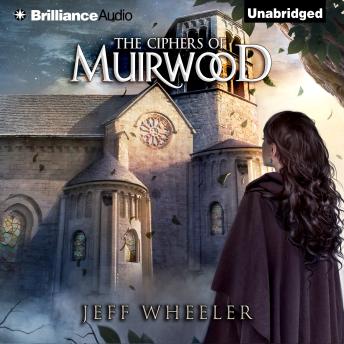 The Ciphers of Muirwood

#2 of Covenant of Muirwood

From the moment she was banished by her father, the king, Princess Maia journeyed to seek sanctuary at Muirwood Abbey, the epicenter of magic and good in the land. Now safe for the first time since her cruel abandonment, Maia must foster uneasy friendships with other girls training to be Ciphers: women who learn to read and engrave tomes of ancient power, despite the laws forbidding them to do so.

As Maia tries to judge whom to trust, she makes a shocking discovery: her destiny is to open the Apse Veil and release trapped spirits from her world. Then she learns that her father is coming to Muirwood Abbey to celebrate the Whitsunday festival—and Maia’s estranged husband, whom she was forced to abandon, will join him. Torn between deadly political machinations and unstoppable spiritual forces, Maia must channel unknown powers within herself to save her friends, the abbey, and the entire kingdom of Muirwood.